Why am I Still Thirsty? 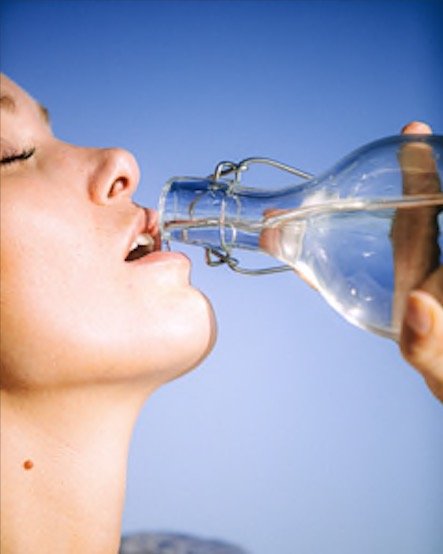 “Interestingly in the subjects with SIADH this occurred but all at a lower set point.”

A great question came up via social media the other day.

If I have SIADH (low sodium) and my blood is dilute, why am I still thirsty? Shouldn’t my body tell me to stop drinking water?

This is a great question.  In normal instances when you become dehydrated the body becomes extremely thirsty.  In the meantime, a signal is released (ADH) to hold water via the kidney and if you have access to water, you drink.  When you drink the sensation of thirst goes away quickly, as does the ADH release. This keeps the majority of us in the normal range.

So why is this not the case with SIADH?

A group of researchers out of Ireland looked to resolve this issue.

So, what did they discover?

As expected, in the control subjects who began the endeavor in the normal range of both blood sodium concentrations as well as overall osmolarity, they had an expected response.

As the salt concentration went up, along with osmolarity, from the salt solution the control subjects became thirsty and drank water.  This lowered the sodium and osmolarity concentration as well as the ADH release back to baseline levels. 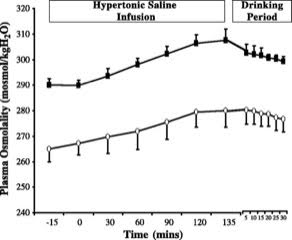 Figure 1 black=control white=SIADH both groups showed increased osmolarity with salt infusion and both showed decrease with water intake.  SIADH patients are at a lower set point throughout.

Interestingly in the subjects with SIADH this occurred but all at a lower set point.

These subjects began with a sodium concentration below the normal range along with lower osmolarity.  They also had higher ADH levels. They too became thirsty after the salt load and they too had osmolarity levels drop.  SIADH subjects had the same thirst sensation and drank similar amounts of water despite the fact that they were at a lower range on all parameters. 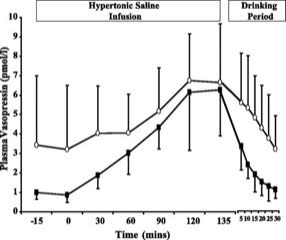 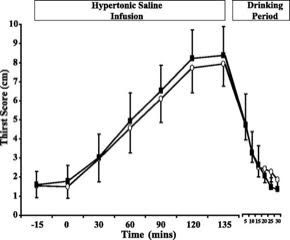 Figure 3 Thirst with salt solution remains intact with both control and SIADH and mirror each other. 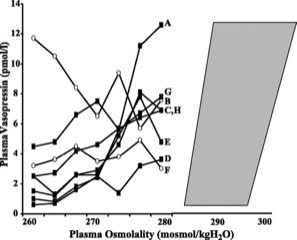 Figure 4 ADH secretion remains elevated and the set point is much lower for suppression in SIADH patients.  Of note 2 patients exhibited erratic ADH secretion and 6 were more consistent with reset osmostat.

All told what this means is SIADH patients are not necessarily thirstier than others.  What this does show is that their set point is significantly lower than typical and so the thirst sensation remains, despite dilution of the blood.  This is why fluid restriction alone is challenging, and often does not correct the low sodium.  We must consider treatments beyond fluid restriction that address the issue at hand.