Urea for the treatment of SIADH: a review of the article in Nature Scientific reports from June 2022. 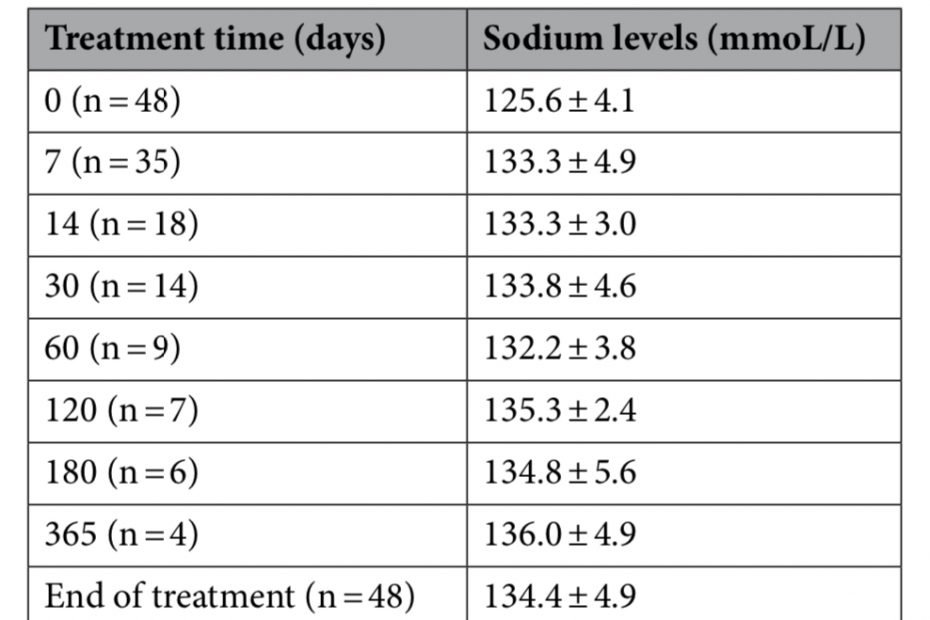 In June 2022 a nice retrospective analysis was published, documenting 48 patients diagnosed with SIADH/Hyponatremia. The study period took place from November 2015 until April 2022. The most common causes of SIADH were cancer, followed by medications and idiopathic. The diagnosis of SIADH was made using the Schwartz-Barter criteria1. The average starting sodium was 125 meq/L and the lowest was 119meq/L. In this study unflavored Urea was used and mixed mostly with orange juice.

Investigators saw the average sodium level move up to 133 by the first week and stay between 132 and 136 up to 1 year of treatment with Urea.2 The authors also calculated a cost savings compared to the pharmaceutical drug tolvaptan, of a massive 88%. Only 2 patients had adverse reactions both due to distaste. There were no cases of overcorrections and no other adverse effects were reported. Lastly and perhaps most fascinating these patients were not necessarily on a fluid restriction.

The authors conclusions were as follows.

“According to our results, urea has proved to be a safe and cost-effective option in the treatment of hyponatremia caused by SIADH, showing improvement in serum sodium levels from the first week of treatment in all patients. For this reason, we believe that [Urea] should be considered a first-line pharmacologic therapy [for SIADH].”